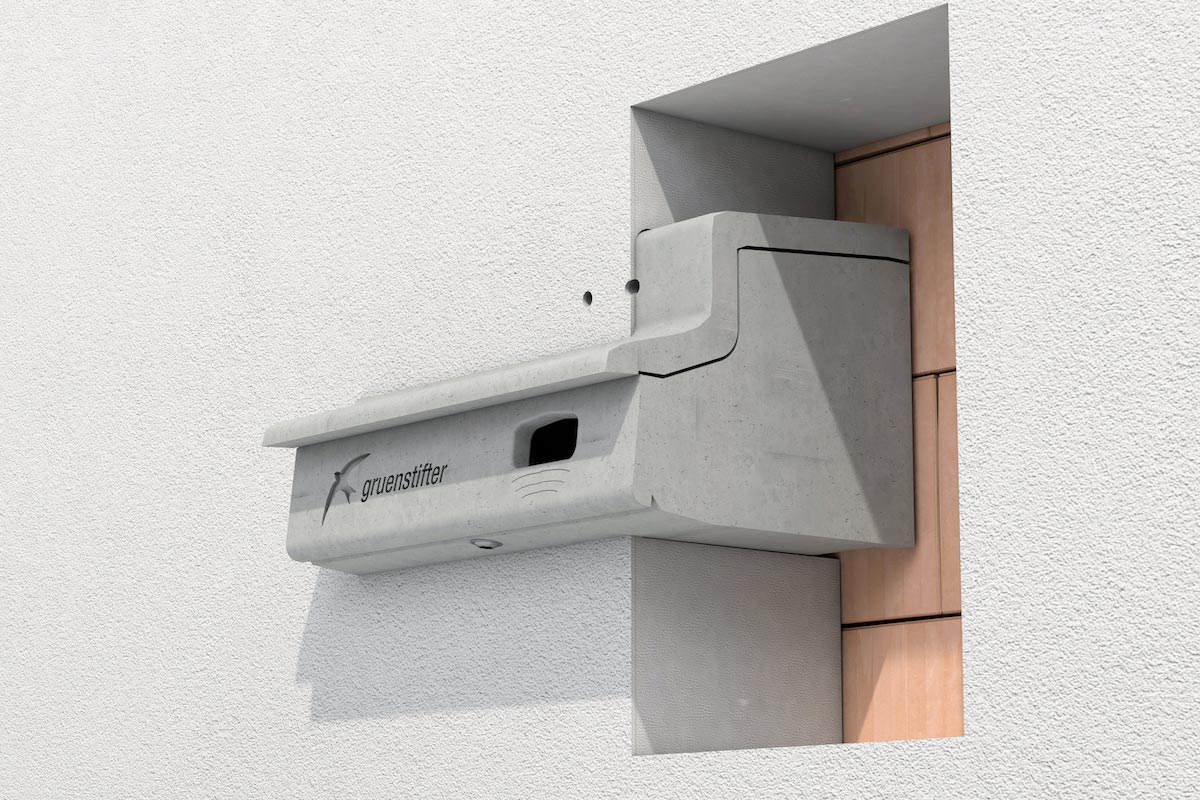 Show all categories Nest Boxes for Peregrine Falcons Back 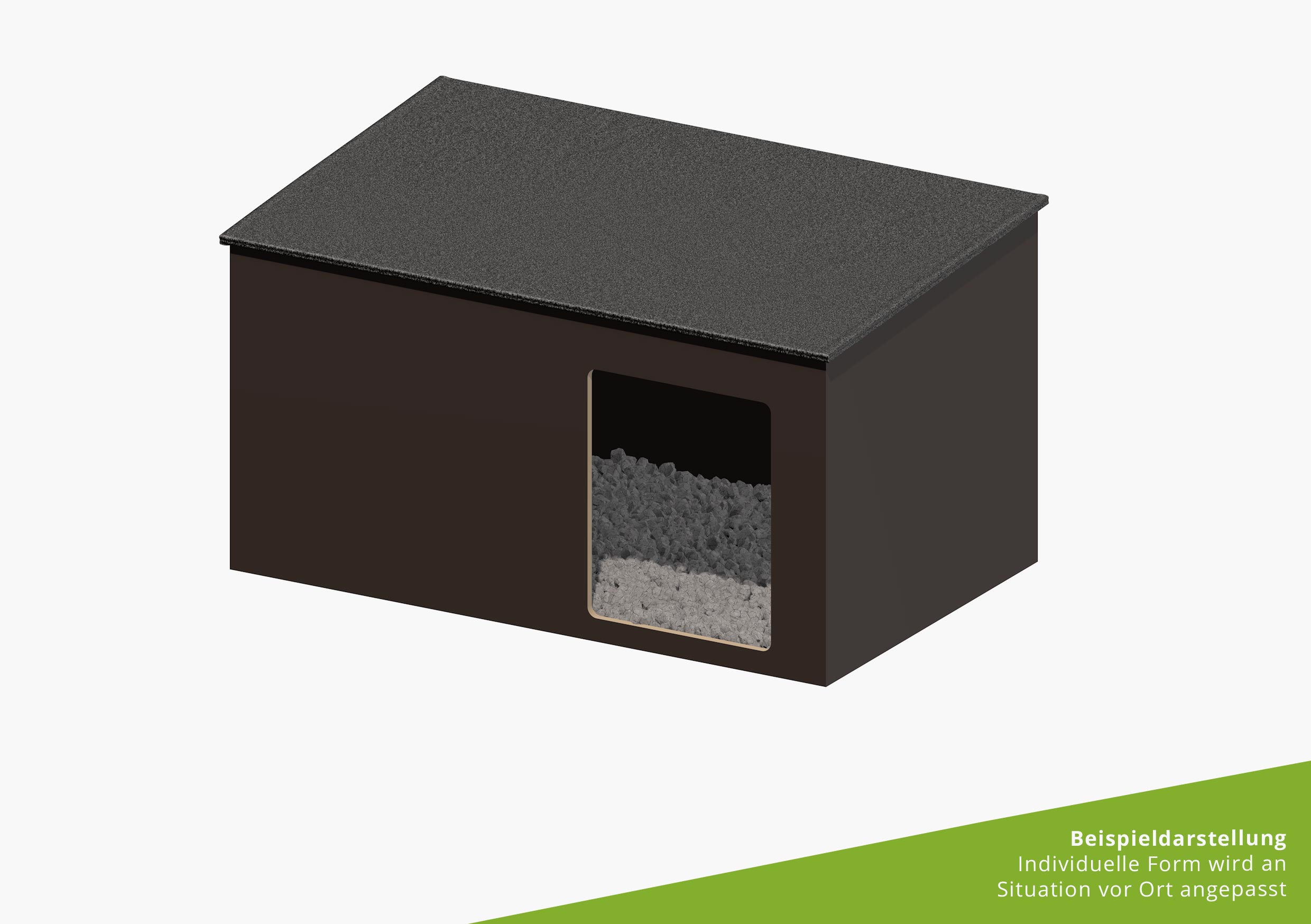 Peregrine falcon nest box
Anflugkorb: ohne Anflugkorb | Halterung: ohne Halterung | Technikkasten und Dome: Standard
Due to the size of the peregrine falcon nesting box, the falcons can optimally choose the location of their brood cave in the nesting box. The young animals have the space for wing muscle training. Optionally, we offer a galvanized steel approach basket, which is individually manufactured. This enables safe arrival and departure.This balcony with frame and integrated seat post reduces the likelihood of an often observed fall of young birds. Optionally, a box for technology and a webcam can be ordered. The dome for the livecam and the technology is optional. With this, everything is prepared to integrate a webcam and the technology. Individually according to your needs. A webcam is used for streaming live images or for monitoring.Installation: e.g. on tall structures such as towers, silos, high-rise buildings, industrial buildings, highway bridges (e.g. on abutments).Installation height: from 25 - 30 m. Orientations towards the east have proven their worth. Morning sun.The approach basket should be strongly exposed and freely accessible. The nest box can either be integrated in a building or tower (individually adapted) or placed on an attic (e.g. eaves). The nesting box should be installed with a slight inclination of approx. 2 - 3 ° to the front, in order to drain water if necessary.Litter : Round gravel that is used, for example, for aquariums. Peregrine falcons only breed and do not build a nest. The female scratches a hollow to hatch the eggs there. Breeding begins from mid-March to early April.Material: waterproof plywood boardsDimensions: W 130 x H 73 x D 80 cm.Brood chamber: W 125 x H 68 x D 75 cm.Weight: approx. 50 kg (empty, without bedding).Scope of delivery: Peregrine falcon nesting box; Box with integrated drainage holes; removable inspection cover; optionally with dome for webcam, optionally with approach basket
€1,284.00*

The Peregrine Falcon, an impressive species of bird that can be found almost worldwide. This falcon breeds almost all over Europe. The Peregrine Falcon ( Falco peregrinus) is a fast-paced aviator. The Central European population of peregrine falcons had almost completely disappeared a few years ago due to environmental chemicals of all kinds, recreational sports on rock faces. Through intensive nature conservation management and agreements with recreational athletes, as well as the ban on the insecticide DDT, this species was able to recover somewhat in its inventory. Peregrine falcons are still considered endangered and are strictly protected. What is special and fascinating is how this species nests in Europe: Peregrine falcons have made their way into the cities, especially in recent decades, and no longer breed on rocks, but have discovered the city and tall buildings as artificial rocks.
A peregrine falcon can breed by offering a peregrine falcon box on exposed, tall buildings.

The peregrine falcon is a welcome guest in cities. Peregrine falcons feed exclusively on birds that are caught in flight. City pigeons are also in the range of prey. Peregrine falcons are a natural, pigeon defense. Building renovations and new buildings with smooth facades and glass facades make it increasingly difficult for this falcon species to find a suitable nesting site. Attaching artificial nesting aids in the form of a peregrine falcon box can make a valuable contribution to protecting this species of bird.

Details of the Peregrine Falcon Box

Request an offer for the choosen products
Product(s) in this request: